WALKING DOWN THE ENTREPRENEURIAL PATH…

Ashish Shah, Founder & CEO, Vertoz walks us through his journey as an entrepreneur and tells us why driving an enterprise is no walk in the park 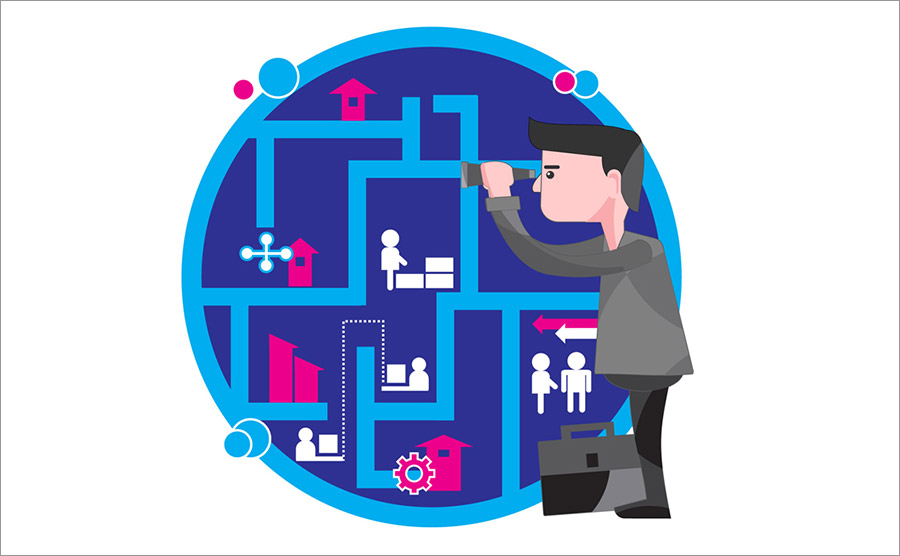 Ambition - an enthusiastic and powerful urge to achieve something - is the seed that has the potential to germinate and grow into a huge empire. But, that potential cannot be realized without an initiative, concrete action and hard work. Every great entrepreneur began with an ambition, acted on the idea and converted it into a successful enterprise. Ambition, combined with the right ingredients, forms the formula for success. This thought has always given me the confidence to believe in my own aspirations, and follow them fearlessly. A strong ambition, combined with the conviction and courage to follow it, makes everything possible.

Throughout my entrepreneurial journey, I have looked up to Jack Welch, the former CEO of General Electric, as my virtual guru. For someone born into a humble background, he has been the epitome of inspiration for me. He has risen up the career ladder on his merit and intelligence, in spite of the absence of a wealthy background. Having traversed a similar path, I could always relate to him. He has inspired me to continue on my entrepreneurial journey, in spite of many odds and adversities.
Driving an enterprise is no walk in the park. It requires continuous hard work, toil and efforts - not just from the entrepreneur, but from his entire team. The team is an essential and decisive element in the success story of an enterprise. I have been blessed to have a strong and a reliable core team, tenacious enough to have stuck with me right from the inception till the present day, through all ups and downs. The importance of having a team that you can fall back upon, cannot be stressed enough.

Employees are, after all, an entrepreneur’s best asset. It logically follows that it is in the best interest of the company to take good care of them. Happy employees are self-motivated and play a pivotal role in driving the organization ahead on the path towards success. Recognizing and appreciating their efforts & dedication increases their productivity and commitment towards work. Offering them growth opportunities in their careers is the best way to motivate them. It fosters an atmosphere of trust and respect between the employees and the entrepreneur. To quote the words of Jack Welch, “If you pick the right people and give them the opportunity to spread their wings and put compensation as a carrier behind it you almost don’t have to manage them.”

It also includes showing more acceptance towards their mistakes. A stern reprimand on every mistake might prevent them from trying out something new, thus thwarting their innovative thinking. I distinctly recollect an incident from the early years of Welch’s career. He was working as a chemical engineer at GE and accidentally blew up the chemical plant he was working in. He thought he was going to get fired for it, but his boss coached him through the mistake and explained what could have been done differently in order to avoid such mistakes. Later, Welch treated his employees in a similar way. It is always about seeing the bigger picture and broadening one’s perspectives.

Entrepreneurs perpetually strive to reach the numero uno market position in their area of expertise. However, that shouldn’t fill one with complacency. It shouldn’t be enough, because that will stunt growth. It is the ability to keep stretching your limits further and to outdo yourself each time that will decide the destiny of your firm in the long run.