At Amazon, our focus has always been the customer. Our new campaign highlights the various benefits linked to Prime Video in India. With a premise of ‘Anytime, Anywhere,’ we have kept customer benefit at the centre of the campaign. With a very wide library of content choice available, Prime Video empowers our consumers to define and dictate what they watch and when they watch it.

For the first time on mainstream television advertising, CEAT is not showcasing a tyre in action. With MILAZE-X3, it was easy to fall into the trap of being clever; to exaggerate, to play on longlife, to go gimmicky. In fact, it is a bigger challenge to be relevant, and to be insightful. We’re glad we found a good insight, and stayed true to our brand personality, which is always set in human truth.

This campaign has been conceptualized basis consumer insights that consumers want to accessorise/personalize their vehicles, but seldom do they think about the tyres. Hence, CEAT created the Milaze X3 tyre which significantly delays the need for a tyre replacement, making it a hassle-free and a long-term purchase for the foreseeable future.

When you truly enjoy watching a film you begin to respond to an actor’s performance. You are either awed or disappointed by their performance and you may be vocal about it. We used this insight as an entry point to talk about the huge bouquet of movie channels Tata Sky has to offer. The core idea of ‘Har scene ka mazaa lo’ was beautifully brought to life by none other than Mr. Bachchan enacting the role of a tough film critic, with Shoojit directing.

In a country which is obsessed with movies, it’s not a surprise that feature films aired on TV contribute to over 28%of the total viewership. Mr. Bachchan’s legacy along with Ogilvy & Mather’s creativity, has helped us create the magic for Tata Sky. It beautifully depicts our objective to offer some of the best entertaining content to our consumers at any budget, on any screen, anytime, anywhere.

When we were kids, playing together was our way of communicating. We connect better when we play together. We believe everyone has a playful spirit waiting to be let out. With this film, we tell the story that no matter our differences, playing with Oreo brings us together, because we are all Oreo People.

Oreo was introduced in India close to seven years back and in such a short span, India has emerged among its topfive markets by volume. The campaign is based on a key universal insight that while we all share the same playful spirit inside, we often forget about it because of the pressures of modern life. The global campaign aims at widening the appeal of the brand, connecting with a wide cross-section of people, while picking up on the local nuances to drive relevance.

COMPILED BY - BERYL MENEZES
Mail your latest creatives to beryl.menezes@exchange4media.com 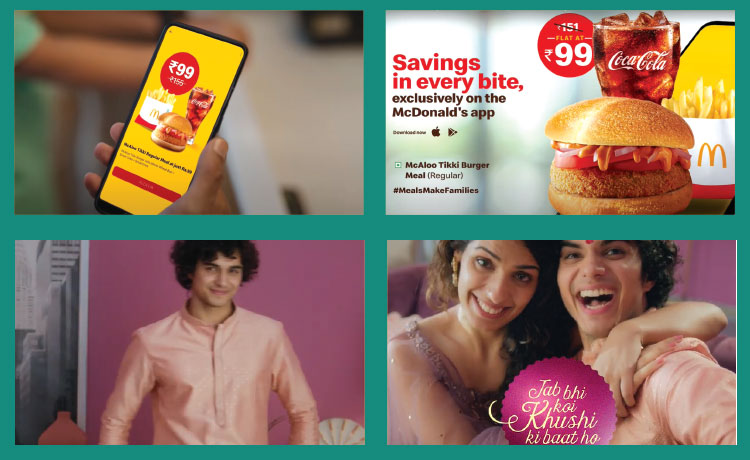