HP Lubricants is pushing its individual brands to the forefront, starting with HP Racer, to build up on brand salience and customer engagement. Rajnish Mehta of HPCL, talks of the award-winning ‘Roads that Honk’ campaign and how the brand is trying to engage with consumers across the country

HP Lubricants is pushing its individual brands to the forefront, starting with HP Racer, to build up on brand salience and customer engagement. Rajnish Mehta of HPCL, talks of the award-winning ‘Roads that Honk’ campaign and how the brand is trying to engage with consumers across the country

Q] HP Lubricants has recently rolled out a campaign for its motorcycle engine oil, HP Racer. What is the objective behind the campaign?
What’s the brand insight that went behind it? As a fuel marketing company, we are fairly successful in terms of volumes but we did some introspection with regard to the brands we are selling. After that research and feedback we got from customers, we decided to revisit the role of the brand in our business. We also discovered that in terms of our brands HP Racer 4, HP Hylube Milcy and HP Neosynth, there are some gaps visa vis the way we should be in terms of differentiation, presence and engagement with the brand. So we decided to take a big leap and create some more energy behind our brands. That is how we came up with this campaign.

Q] What differentiation are you bringing in with this campaign that was not there earlier?
What is the gap that this one will fill? The motorcycle oil which we are currently advertising is being positioned in terms of power to thrill. There is a technical difference in the oil that we are selling and we are trying to put that message across with this campaign - that this particular oil gives your vehicle enough power.

Q] There aren’t many alternatives too in terms of differentiation in this category, which is mainly considered a commodity...
I agree. There is a small segment of consumers who love their bike as much as they love their wife. But at the same time there is a major segment, which is the mechanics, who are the opinion-makers in this. So, it’s a tough task to appeal to a wide spectrum of stake-holders in our kind of segment.

Q] So, which audience do you focus on for your communication activities?
Our TG is youngsters who are using bikes. But by using Ranveer Singh in the role of a mechanic in the TVC, we are trying to touch a few chords with the mechanics, so that they start identifying with him and the brand.

Q] How do you think Ranveer Singh will add to the brand value?
He is arguably the biggest celebrity in the country that everyone identifies with. He is also considered one of the most energetic and adventurous kind of celebrity. We are hoping to leverage on his energy and at the same time identify with people ranging from a truck-driver  to a car owner to a premium bike owner to a non-premium bike owner and also mechanics. So, the full spectrum gets covered if you have Ranveer Singh on board.

Q] Recently, HP had done a re-positioning from an engine oil brand to a brand with a humane face. How did that one work and how does this campaign help in that positioning?
Basically, the thought process at that point of time was to talk about lubricants itself as an umbrella brand. We first wanted to popularize the main brand and then move into the territory where we try to give a value proposition to three very different segments - the bike owner, the car owner or the truck owner. That was also part of a journey where we were doing some sort of umbrella branding and now we are moving towards a specific branding for the three TGs which we are having.

Q] Consumer involvement in this category is pretty low. How are you working towards it?

It’s definitely a low involvement category but as we are seeing youngsters getting more and more involved with machines, they are riding through online sales. But yes, by and large, sales are influenced by mechanics. We are addressing both the segments through this particular campaign. With our involvement in some more youth events, we would like to improve brand recall amongst youngsters. We are also leveraging our association with Ranveer Singh and doing a lot of BTL activities with mechanics in Tier I and Tier II towns including the metros.

Q] What is the best media mix that has worked for your brand?
Along with Television, are you also looking at Print? How much is your digital spend? Currently we have started with Television and we are shortly coming out with quite a big campaign on Digital media also, addressing most of the Digital areas where youngsters are active and deeply involved. In case of Print, we are only looking at some of our industrial news publications, in the segment where we are one of the leaders in the country. We are not looking at automotive brands in the Print media, but it will be majorly the Television commercial happening now, followed by Digital and in a very big way the BTL activity which we call Bandhan. Around 2,000 events are happening all over the country. It has started in many States already, in which we are connecting with mechanics in a big way.

Q] HP had also taken up a social cause ‘Roads that Honk’ and won many awards for the campaign. How are you going to take it forward this year?
HPCL is basically a fuel company and the face of HPCL is mainly connected with the people who are moving on the roads. So for many years, in one way or another, we are involved with road safety. One such association is ‘Roads that Honk’ and it was very well appreciated. We had around 3.8 million hits on our video and it won multiple awards at Cannes. We are actually under a lot of pressure to provide gadgets on many other highways and we are in the process of doing that. We are making it part of our DNA, rather than only a one-off campaign. The technology needs regulatory approval from nationalized authorities. We are in the process of getting that.

Q] How challenging is it for the marketing department of a fuel and lubricant company to work on various marketing activities? Is there a lot of pressure from different stakeholders?
To do business in a country as diverse and as large as India, with so many logistical challenges, is a complex job. There are too many stakeholders. You have to provide fuel in each and every retail outlet and at the same time keep the business profitable because with companies of our size, we require huge investments every year, even if the business remains the same. But we are quite capable and have the internal ability to stand up to those challenges. 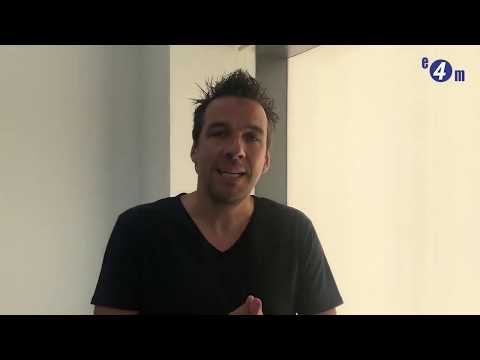