Shankar Nath, CMO & Senior Vice President, Paytm talks about how sports sponsorship has played a big role in taking the brand to new heights, and why the eight-year-old billion dollar company still considers itself a humble start-up

Shankar Nath, CMO & Senior Vice President, Paytm talks about how sports sponsorship has played a big role in taking the brand to new heights, and why the eight-year-old billion dollar company still considers itself a humble start-up

Q] Paytm is now the official umpire partner for IPL. How do you hope to leverage this for brand building?
This is an association with IPL and BCCI where we are the umpire partners for the next five years. The back of the umpire’s shirt will have a Paytm logo, which will also be there on the side screen, third umpire screen, etc. There are some unique branding benefits with IPL and it’s a good long term association, which gives us time to build it. And the reason for this association is because cricket has worked very well for us.

Q] Does Paytm plan on extending its deal with Indian cricket as the title sponsor?
When we signed the deal three years ago, it gave our brand a lot of leverage, taking us to an all new level. That association will end in 2019. Parallely, we have started this association with IPL which will keep us going for another five years at least. It’s great for salience and top-ofthe-mind recall for the brand. And essentially, whichever way you look at it, IPL is India’s biggest media property and it’s very difficult to escape that. It is full-scale entertainment which keeps youngsters glued and thus it is good for us.

Q] What are the other platforms through which you are trying to build a connect with consumers?
We constantly ask ourselves if we can be a solution for consumers anywhere that they need to make a frequent payment. But just telling them to make a payment using Paytm is not enough because the consumer doesn’t connect with that. I have to make it relatable, and spin certain stories around it. For instance, the 15-seconds electricity bill payment through the Paytm app is a story worth telling, as is the cashback offer that can be availed when booking movie tickets, which is quite popular with customers. Of course we have rationalized over a period of time, but it’s a great customer acquisition tool. So what we are essentially doing over the next 12-18 months is observing how we can present such relatable stories to the user, which is a core marketing task. There are 2-3 elements we look at, what are the creative thoughts behind it and what are the media vehicles that you use to tell those stories? IPL is one of those media vehicles. Also, we have realized that as we have become more and more mass and popular, our next level of growth is going to come from vernacular language speakers. And while we have done some amount of work to cater to that market, there is a lot more to be done. Just translating your ads into vernacular languages doesn’t work beyond a point. How do you create these stories which you think are relatable in the social context in Delhi, to be relevant in Trivandrum, or Guwahati, is the question.

Q] Do you think sports sponsorship is the way forward for visibility in a country like India?
If you are a young, mass brand, you cannot escape sports and movies. One reason why sports connects really well is because it’s time-sensitive content. There are only two things which are time-sensitive in India, in terms of media vehicles. One is sports, because you won’t ever watch recorded sports, and the second is news. Outside these two genres there is a lot of deferred viewing; I can always record everything else or see a repeat later or the next day. So there is efficiency of media delivery because the user is there and your ad will be watched there and then. Up until now most of our work has been around cricket. Going forward, we will look at other sports too.

Q] So will we see an IPL-specific campaign soon?
Yes, there is a lot of work going on and there will be different campaigns which will come up at different points in time. While I can’t comment on the exact date of release, in April you will be seeing a lot of IPL-related communication from Paytm across Television, Print, Outdoor, Radio, etc.

Q] While Paytm ads can be seen very frequently on TV, the same ad runs for years. Are you concerned that consumers may lose interest?
Sometimes when we are too close to the brand, we tend to overreact or we see the same stimuli far more than what the normal user is seeing. So, typically what happens is you may have a fantastic ad and run it for sometime. Then the marketer feels it is overexposed and thus moves on to the next creative which may or may not be as good. What we forget is that in the external world where a consumer is being bombarded with 500 different creatives, he may have had the opportunity to see your ad just 3-4 times. You may have seen it 100 times, because you are living and breathing the brand. So, sometimes there is merit in establishing the same thing.

Q] How well does TV drive downloads for the Paytm app - which is the ultimate goal for the brand?
User acquisition and relevance are both important. For example, when we run campaigns as the title sponsor for cricket matches, we see a big spike in our app downloads. In key matches, the app download numbers go up by as much as 3x-4x and it is all organic. There is a direct correlation; our downloads go through the roof during a big India match and so do our DTH recharges via Paytm, because perhaps people are recharging only to watch the big match on TV. Besides, in the app ecosystem you are not only competing with people in your own category, but you are also competing for the memory space of the user. People are conscious about what memory space the apps are taking up in their phones, and if they are using an app just once a month, they may even delete it. So we need to constantly reinforce that message so that the user sees value in keeping us on their phone, by telling them of the multiple ways Paytm can be used.

Q] How much do you spend on marketing in a year?
Our deal with BCCI for Indian cricket was over Rs 200 crore for four years, and now there is the IPL deal too. The marketing investment will continue to grow significantly for the next three years. On the one hand we need to acquire a lot of new users. And we will go vernacular in a big way because that’s where the next phase of growth is going to come from. However, this requires significant marketing investments, which on a cost-per-contact basis could actually be higher, because it’s scattered. Apart from that, we don’t have the economies of scale there, which is why our marketing investments will continue to be significantly more than what they were earlier.

Q] Do you still consider yourself a startup?
The way I would define a startup is an organization which needs to be a little agile and think on its feet. I cannot have a situation today in our industry where we do an annual plan comprising three different campaigns; one in every four months. Here things change by the day. And we just need to be agile to take quick decisions, and with a set of data and variables, and you cannot afford to have analysis paralysis. There are also multiple businesses, different campaigns and different stories, so yes, in that sense, given the way our entire team works, it’s definitely a startup. Yes, we have been around for a while and we are reasonably well-funded, but we have to think and react quickly, which we are able to do only because of the lack of bureaucracy which allows for faster decision-making. 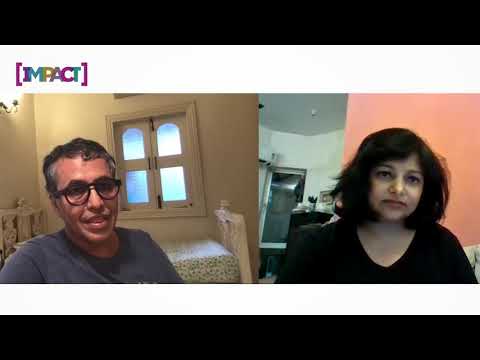