Viacom18 has finally appointed a full-time CEO in Jyoti Deshpande after almost 17 months since the exit of former MD and CEO, Sudhanshu Vats. Following Vats’ exit, Network18 and TV18 MD Rahul Joshi was running the day-to-day operations of the entertainment company.
In her new assignment, Deshpande will help bring synergies across all of Reliance’s media interests and investments and further equip the company to drive significant growth opportunities as the industry embraces digital transformation, the company said in a statement. She joins Viacom18 from Reliance Industries Limited (RIL), where she was President — Media Platform & Content since 2018. As a business leader in Reliance, Deshpande leveraged her industry relationships to establish Jio Studios as a key player in the media value chain. She also had a critical oversight role across all of RIL’s media investments such as Network18 Group, Balaji Telefilms and JioSaavn with a view to integrate the synergies across these diverse media companies and build maximum value. Past role
Prior to Reliance, Deshpande was with Eros International Media for almost 17 years and led the transformation of the film studio into a leading media company. She also pioneered Eros’ entry into the OTT space with Eros Now. Deshpande brings 27+ years of experience in the media and entertainment industry across advertising, media consulting, television and film with expertise in areas like strategy development, public policy, governance, human resource and leadership skills.
Her appointment as CEO of Viacom18 comes close on the heels of Anil Jayaraj’s appointment as the CEO of the network’s sports business. In this role, Jayaraj reports to Network18 and TV18 MD Rahul Joshi, who is also a Director on the Viacom18 board. Experts believe that Deshpande’s key role as CEO will be to strengthen and scale up the core entertainment business across TV, digital, and film segments. The company’s big growth push will also come in the form of entry into sports broadcasting. Jayaraj, who has been hired from Star India to spearhead this business, is putting together different pieces to build a strong sports franchise.
Viacom18, a 51:49 JV between TV18 and ViacomCBS, has five lines of businesses including TV, OTT, film production, licensing and merchandising (L&M), and live events. As a network, Viacom18 is a strong number 3 player with an 11% share, as per TV18’s Q1 FY22 presentation. The network has 53 TV channels spread across Hindi mass entertainment, kids, regional, youth, and English entertainment genres.

Key challenges
While the company is strong in Hindi mass entertainment and kids, Deshpande’s big challenge will be to grow the regional TV business and make it a big contributor to the company’s topline and bottom line.
The company’s video streaming platform Voot has positioned itself as the second-largest AVOD platform with 100 million MAUs and 43 minutes of Average Time Spent per Views (TSV), as per a company presentation. The platform’s content offering spans broadcast, digital, films and live events.
Faced with competition from Netflix, Amazon Prime Video, Disney+ Hotstar, ZEE5 and SonyLIV, Voot will have to significantly up its investments on original content to remain a key player in the SVOD and AVOD markets. Deshpande’s experience across TV, film and digital ecosystems will come in handy for Voot’s expansion.
Another key focus area for Deshpande will be Viacom18 Studios, an integrated motion picture studio that has delivered critically and commercially successful films like Andhadhun (2018), Padmaavat (2018), Toilet — Ek Prem Katha (2017), and Drishyam (2015) among others. Coming from Reliance, she would want to draw upon the synergies between Jio Studios and Viacom18 Studios. Big changes in media industry
Her appointment as CEO comes at a time when the media & entertainment (M&E) is going a transformation due to convergence between telecom, media, and technology. The broadcasting sector, in which Viacom18 is one of the key players, is also going through a consolidation phase.
Recently, ZEE Entertainment and Sony Pictures Networks India (SPNI) announced a merger deal that will create a media behemoth. This is the second biggest M&A deal after the acquisition of ETV regional entertainment channels by Network18, which came into Mukesh Ambani-promoted Reliance Industries Limited’s fold in 2014.
Last year, Viacom18 and SPNI were in talks to merge their businesses, with the latter holding a majority stake in the Viacom18-Sony combine. The deal was called off as Reliance Industries, which owns a majority stake in Viacom18, reportedly wanted a bigger stake in the merged entity.
Digital video consumption is at an all-time high, and the penetration of broadband to far corners of the country has the potential to redraw the M&E sector’s map. Traditional broadcasting is still growing thanks to the increase in rural TV households, even as over the top (OTT) platforms have become mainstream.
In April 2018, Jyoti Deshpande had stepped down from her role of executive director from Eros International Media following her appointment as president of the Chairman’s office for media and entertainment at RIL from 1st April 2018. In the same year, she was also appointed as non-executive additional director and non-executive director of Balaji Telefilms and Network18 respectively.
Outside Network18, Reliance had acquired a 24.92% stake in Balaji for Rs 413 crore. The company had also bought a 5% stake in Eros Plc for $48.75 million. Furthermore, the two companies had also formed a joint venture (JV) to invest Rs 1000 crore in content development. Deshpande in the driver’s seat
Deshpande’s appointment has definitely got industry leaders and experts talking about what her top priorities should be as the leader of the network. According to a top media executive, the new Viacom18 CEO will have to fix the regional entertainment business besides strengthening the digital portfolio, considering the competition from the likes of Netflix, Amazon Prime Video, and Disney+ Hotstar among others. “There are lots of challenges in the company. There is a foray into sports which will be driven by Anil Jayaraj. Then there is this whole piece about digital where it stands today in comparison to other competitors. Then there is the challenge of regional channels not doing well. Except Hindi GEC and kids, there are lots of challenges for the company. The regional entertainment business is the biggest challenge for the company. If you are not number 1 in any regional market, then it is a problem. Being number 3 or 4 in some markets is also a challenge. Apart from regional, digital has to be a big focus area. She is not new to Viacom18, as she has always been involved in the affairs of the company, being a director. She has been on the board of Viacom18 since she joined Reliance,” the executive says, on condition of anonymity.
According to a media industry expert, Jyoti Deshpande’s appointment will ensure that Viacom18 has a leader at the top, as the company was operating without a full-time CEO for some time. “She is the best person to come in as the CEO, having being part of the Reliance system for three years. She is an insider as she has also been on the board of Viacom18. With two back to back appointments, Viacom18’s structure is finally falling into place. They have entertainment, and now they are getting into sports. They also have two separate leaders to take these businesses forward. Things had come to a halt last year as the company was negotiating a merger deal with Sony. But now, they have a fairly organised set-up. They have also started investing in stuff like Bigg Boss Digital. They also made a slew of sports rights acquisitions in football. Furthermore, they have started investing, and they now have the leadership to drive it,” notes the expert, adding that the key focus areas for Viacom18 leadership would be strengthening the entertainment business and setting up the sports business. “If regional entertainment starts firing, then they will be in a good zone. Likewise, if they get a grip on sports, they will be in a strong position. They are strong in Hindi GEC, kids and movie production,” he states. A senior executive with a rival broadcasting company also points out that Deshpande has been looking after content for Viacom18 by virtue of being President — Media Platform & Content at Reliance. “She was already on the board of Viacom18 as a director. Now, she is firmly in the driver’s seat. Viacom18 is a key player in the market with 10-11% share of the market. It comes at number 3 as a network after Star and Zee. Star has around 19-20% viewership, while Zee has 16-17% share. Sony’s share hovers between 8-9% and Sun TV would have 5-6% share of the market. Sun TV is a big player in the South, but at an all India level their share is only 5-6%. Viacom18 has a strong presence in GEC, kids and youth. However, kids and youth genres are not big from an ad market size point of view. They need to focus on building their regional business because that’s where the big money is. Apart from regional, sports might turn out to be a game-changer for the company,” the executive observes. A media industry watcher notes that the appointment of Jyoti Deshpande and Anil Jayaraj comes at a time when the Zee-Sony merger is happening and important cricket rights are coming for renewal, including the big IPL media rights auctions that will see strong interest from Reliance, Star, Sony, and Amazon. “If you notice, last time when the IPL media rights came up for renewal, we saw Sony acquiring Ten Sports from Zee. Basically, the acquisition was Sony’s way of trying to hedge against the risk of losing IPL or getting it at a costly price. This time, we have Zee and Sony coming together. Sony will also be making a huge fund infusion into the merged company. It will be interesting to see how those funds are utilised. Viacom18 is also aggressively looking at sports. Strategically, owning cricket rights is very important in terms of growing revenues. IPL will decide the future pecking order of the broadcasting business. In the past, acquisition of IPL media rights had propelled Star and Sony to greater heights,” the source remarks. 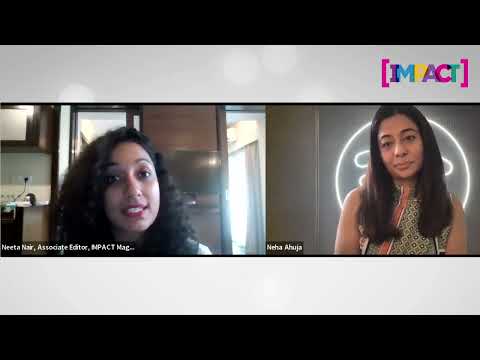