“One of the biggest considerations for this campaign is how we depict love and commitment in the modern times. Because the idea of commitment evolves. So, we were glad to tell timeless tales with a modern lens.”

“Given the affinity that platinum enjoys amongst the younger audiences, this campaign captures a slice of modern love and qualities that couples seek out today. #CommitToLove seemed like the apt nudge, given the marriage season.” 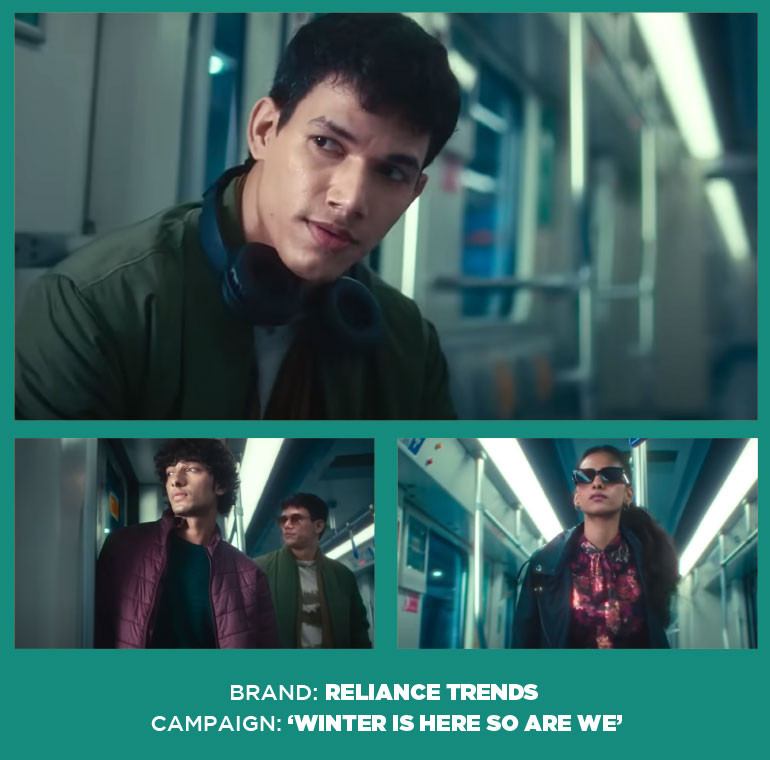 “The idea was to change the drab perception of winter that people have, wherein they repeat jackets, and to showcase the Trends winter collection in all its glory.”

“Winters are an important part of every brand’s fashion calendar. But we wanted to do something that the city remembers. We wanted to show them that they could exercise high fashion even in their everyday life. And the campaign just fits the bill.” “The campaign draws on life to draw a parallel between bike racing and dancing with the game of Rummy and asks our players to sharpen their skills even more and strategise even harder to stay ahead of the pack.”

“We are taking the campaign thought and core messaging one step ahead by saying ‘Chaar Kadam Aage Socho Aur Raho Ek Kadam Aage’ with the narrative of the films highlighting the philosophy of foresight, quick thinking and accurately gauging moves of your opponent.” “The story is about extra-large egos getting deflated by an XL chocobar. Size does matter, and since we have an XL bar in the category, it wasn’t rocket science to talk about its bigness.”

“Fantastik Chocobar XL is ITC’s foray into the value priced segment of chocolates category. Through our expertise in making fine chocolates, we can deliver an XL sized product even in these tough times and offer a very chocolaty & tasty product at Rs. 5, Rs. 10 & Rs. 20.”