WHAT IS NEXT FOR #METOO?

Three years ago, #MeToo viral hashtag movement on social media became a wave for righteousness, where stifled voices became one and came out unedited to rally against sexual abuse and harassment and several skeletons came out of the closet across the world, and with it shameful details of sexual harassment by those in power.

Heads rolled in the advertising business here in India too with companies like McGarrybowen, Publicis, Dentsu Webchutney and DDB Mudra coming into the spotlight, some of them for taking swift action against leaders slapped with serious allegations amidst the clamour for justice. Today the movement is back in the form of a new platform called Act Too, with a powerful video featuring the founder of the #MeToo Movement, American activist Tarana Burke.

Burke and FCB have come together to launch a campaign for a platform called ‘Me Too Act Too’, a crowd-sourced, immutable utility that enables anyone, anywhere to get active in the fight to end sexual violence. And to make sure the story of this movement will never be forgotten, altered or erased, they’re writing every action taken on this site to a permanent archive on the public blockchain, making it one of the first ever uses of blockchain technology for activism on such a large scale.

Elaborating on how blockchain technology will make a marked difference to the campaign, Ian Mackenzie, Chief Creative Officer, FCB/SIX says, “If you ask a random person on the street what is the ‘me too’ movement to them, they are likely to start talking about a powerful man who’s been taken down.

That’s because systems of power are incentivised to tell stories of powerful men – they sell more clicks on the news websites and on social media, for example, than stories of survivors. It’s a version of that terrible phrase: “History is written by the victor.”

And as we look at the history of sexual violence, we see a consistent silencing, altering and erasing of both survivors and activists’ work. At FCB/SIX, we asked ourselves, what if there was a new way to record the story of this movement? A way that was as peer-to-peer as our movement? Turns out, there is a way. And it’s called the blockchain. You may know blockchain primarily as a frontier financial technology, but a blockchain is simply a type ledger containing information about transactions. It’s peer-to-peer, decentralised, and once an entry is written, it’s permanent.

Remember the #MeToo movement first started in 2006 where survivor and activist Tarana Burke used the phrase ‘Me Too’ to raise awareness of the pervasiveness of sexual abuse and assault in society.

Today she hopes to take it a notch higher with the help of technology, Tarana Burke says, “Today, we all have the chance to write another chapter, and to contribute to everyday activism as simply as joining a march or reading a book. Working with FCB/SIX opened my eyes to the possibilities of applying innovative technologies in service of a future free from sexual violence.” She is the founder of the #MeToo movement that began way back in 2006. American activist, Tarana Burke in an interview with Neeta Nair says that awareness is nothing without action and explains exactly how her newly launched platform ‘Me Too. Act Too’ will take the fight against sexual violence to its logical end

Q] A three year anniversary of #MeToo is a great time to launch a platform like ‘Me Too. Act Too’, but the problem with social movements especially on the internet is that they have a short shelf life. Do you think this platform and the campaign can change that?
I do. We believe that ‘me too.’ is not just another social movement, and Act Too isn’t just another internet campaign — it’s a blockchain record and a digital platform that will live forever.

Our goal in creating Act Too was to create an accessible utility that helps people directly impact the issue. The issue of sexual violence doesn’t have a short shelf life and didn’t start on the internet, and so ‘Me Too. Act Too’ won’t either. The platform exists to help the everyday citizen move the needle. The campaign aspect was simply to bring awareness that the platform exists. As long as sexual violence is an issue, people around the world will be able to use Act Too to help fight against it.

Q] One thing social media does beautifully is make the most honest voice echo and reach even the unsuspecting user and make them aware of burning topics across countries… can a website/ platform do the same and have the same reach or will the fight only be restricted to those who access the platform on a regular basis?
Good question. Absolutely, Act Too is similar to search engines in that its functionality improves with usage. The more you interact with it by browsing actions tailored to you, adding to your to-do list, and completing actions, the smarter its recommendations engine become.

Working with FCB/SIX, we took inspiration from the best e-commerce platforms out there. This isn’t just a website. When users complete an action through the Act Too platform, a block is automatically generated, and becomes one piece that fills in a digital mural representing a moment in the history of the movement to end sexual violence. This is our ‘Monument to the Movement.’

Q] Give me an example of how the ‘Me Too. Act Too’ platform will help people/ activists in their crusade against sexual violence? How can the non-victims participate in this?
Some of us can’t march down the streets or organise, but we can have conversations with our children, or listen to podcasts that centre on survivors’ voices. Our utility is cognisant of that too.

If you start browsing the site focused on podcasts you want to listen to, it pays attention to that and shows you other podcasts based on your interests. Act Too says that the movement to end sexual violence is not only possible, but it belongs to everyone — it is part of our moral duty.

The biggest job of non-survivors or allies alike is to help shift culture, but many of us are so steeped in the culture that we don’t know where to begin. The ‘Me Too. Act Too’ platform helps the everyday person to navigate and find tangible ways, both large and small, that can make a difference. 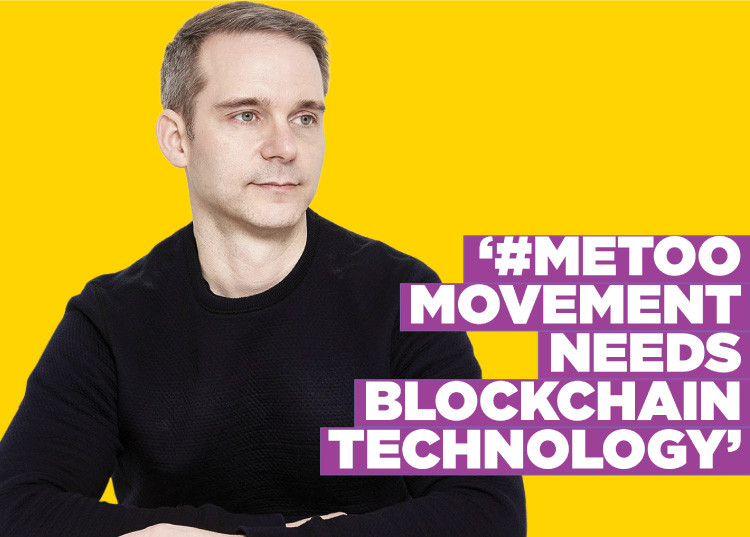 Three years ago the #MeToo movement spread like wildfire globally through the sheer power of voice and social media. FCB/SIX and Tarana Burke are taking it a step further by launching a dedicated platform to end sexual violence this time. Ian Mackenzie, Chief Creative Officer, FCB/SIX in conversation with Neeta Nair on the motive behind creating this new ‘action hub’

Q] Is this is a US-only platform? If not, how will you ensure that its message proliferates countries across the globe?
While the need to end sexual violence is truly global, for launch, the Act Too platform features many North American organisations and initiatives. We imagine a future where the platform grows to include actions from around the world.

That said, there are many actions on there you can take right now that transcend borders – for example, podcasts you can listen to, movies you can watch, quizzes you can take to become a better ally and activist.

Q] What steps are you taking to market the ‘Me Too. Act too’ platform and through what mediums?
To spread awareness of Act Too, FCB/SIX has created a multi-faceted campaign including a launch video featuring Tarana Burke, social influencer programme, digital billboards in places like NYC’s Times Square, plus programmatic online media that delivers relevant actions to our audience based on their interests, or contextually based on which content they are consuming. Q] Social media was responsible for giving the #MeToo movement unlimited reach, can a platform or a website match up with that?
The platform is built to facilitate sharing and ongoing engagement. It is powered by similar recommendation engine technology that an e-commerce platform might use. This means that the more you engage, the more likely it is to serve you actions relevant to your needs and interests.

It can also create a personalised to-do list of actions you can take to help the cause. In addition to sending an actionable list to your inbox, it also starts an ongoing relationship with the ‘me too.’ movement itself, which can follow up with additional recommendations in the future.

Q] What are the various tools available to make this platform and its voice reach as many people as possible?
To help spread the campaign, you can share an action. You can also share the record of the action you’ve taken, in the form of a striking 64-character share-ID, which is itself a tile on a beautiful Monument to the Movement.

Collectively, each tile contributes a piece to a composite digital mural of one of several iconic forebears of the fight to end sexual violence, from Rosa Parks to Harriet Jacobs. You can share the launch video, featuring Tarana Burke.

And you can share the platform itself, for other users to discover. Finally, we’re inviting the world to Act Too in ways that go even beyond this platform. Any company, any brand, any person can do the work to help end sexual violence and Act Too.

Q] We have been hearing of using blockchain for activism, and you have actually done that here. How will it bring in more accountability and help the marginalised voices?
So we are recording every act taken on the Act Too platform to the blockchain. We’re doing this for two reasons. First, to record a permanent, immutable record of what happens during this part of the movement. Second, to send a signal to the world that the way we have been recording the stories of survivors and activists has, for the most part, not been good enough.

The fact that this movement’s stories and activities are so under siege by traditional systems of power that it needs to resort to blockchain technology to protect its work, is itself a powerful signal and, we hope, a motivator for engagement and action. In other words, the medium itself is the message. 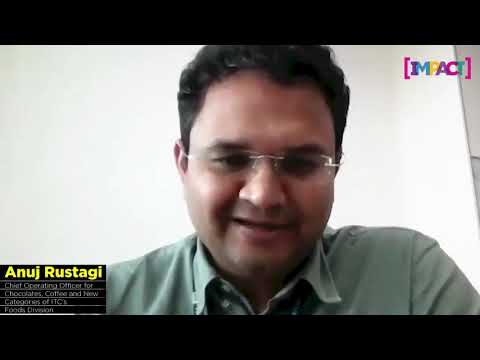