‘MEDIA’S GUARANTEED FREEDOM IS AT THE CORE OF BROADCAST’ 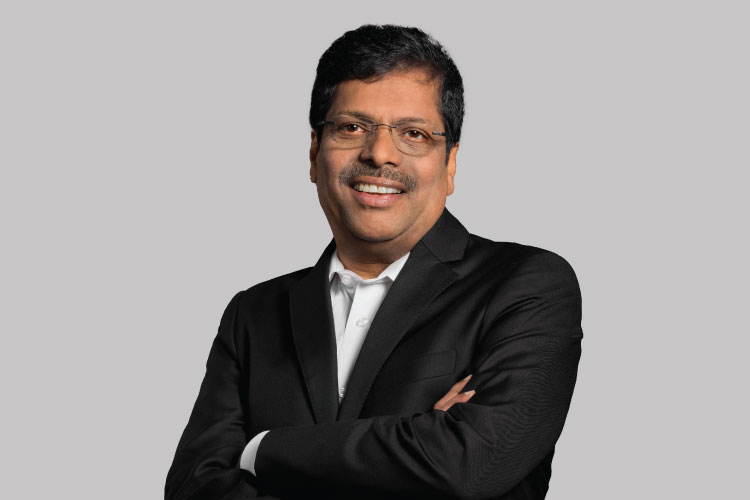 If one was to scan through the last few decades, the broadcasting industry had back to back disruptions like never before in last four years. Starting from demonetisation in 2016 to coming of GST in 2017 followed by a long legal battle against the first tariff order. And when the sector finally made peace with the first order called NTO 1 and decided to implement it, in came NTO 2.0 followed by COVID-19. With so much to tackle while keeping the pace and the morale of the industry going, Star & Disney India’s Managing Director, K Madhavan took charge as the new President of Indian Broadcasting Foundation (IBF) on September 25, 2020. Madhavan speaks to Naziya Alvi Rahman, Editor, exchange4media about the necessity for the industry to have a stable regulatory system. He also speaks about the need for a separate regulator for telecom and media, his belief in BARC’s efficiency, his views on ad cap controversy, impact of OTTs on the television industry, the quality of content on TV and other plans as IBF president.

Here are edited excerpts from the conversation.

Q] With COVID hitting the industry’s growth, what are some of the key steps that IBF can take to help bring growth back on track?
Despite many hurdles the broadcast sector rose to the occasion to engage and entertain millions of viewers while they were homebound. Notably, the sector performed the important role of keeping the audiences engaged while they remained indoors due to COVID-19, despite a sharp fall in revenue from advertisements and the challenges around production of content. The Indian Broadcasting Foundation also supported the cine-artists and workers during these testing times when production was put on hold. Importantly, the emotional and mental effect of this pandemic tends to be under-appreciated as does the role that television content played in alleviating it.
On the other side, the industry faces a challenging regulatory environment that has handicapped us to create sustained value for all stakeholders involved. The regulatory framework is also constantly changing with the introduction of NTO 2.0 even before the issues with NTO 1.0 had been resolved. Regulatory certainty is a must for any content producer or creator to feel comfortable with investing in the content ecosystem. Absent certainty, let alone basis, investment in content and therefore its quality/ quantity stand impacted with constant tweaking. The broadcast industry expects IBF to take up the issues facing the sector with both the policy makers and regulators and create a roadmap for the sector’s growth and act as a bridge for the stakeholders. We will do our best to bring the industry back on a growth trajectory.

Q] IBF has always raised questions about TRAI regulating broadcasters. If not TRAI, what kind of body (structure/components) do you suggest should regulate broadcasters?
Both telecom and broadcasting sectors are fundamentally different industry sectors, requiring separate expertise and lens to create the required sector-specific, distinct frameworks. Media and its guaranteed freedom is at the core of the broadcast sector, a factor not directly relevant in telecom. Therefore, having a separate regulator for both who can work closely with the respective sectors to enable a conducive environment for all the stakeholders is the need of the hour. We need regulations to be stable and light-touch to grow the sector sustainably and attract investment for creation and dissemination of quality content. We have been in regular touch with the regulator before, during and even after the process of framing of regulations. However, unfortunately, the outcome of such engagements on some important issues for the broadcasting sector have not produced the desired result. As an industry body, we will continue to engage with both the regulator and the Ministry to address broadcasters’ concerns and suggestions.

Q] Is IBF holding any kind of dialogue with the MIB to seek intervention on setting up a new regulatory body for broadcasters?
IBF acts as a bridge between the government and the broadcasting sector that it represents. We are continually working towards finding ways to strengthen our relationship with the regulator and the Ministry of Information and Broadcasting (MIB). I’m confident that our efforts will bring desired results to help the sector regain its growth trajectory.

Q] It has been recommended time and again that BARC needs to upgrade its infrastructure for more accurate ratings. In these competitive times, ratings have become all the more important but so has cost cutting. What is your take on this issue? How should one handle this?
BARC ratings play a crucial role, both for large and small broadcasters as well as for advertisers. We continue to support BARC in their endeavour to enhance their systems. In a country with 200 million C&S households, increasing the sample size for the BARC TV panel would always be helpful.

Q] What are some of the other initiatives that as IBF president you would want to initiate during your term?
I am keen for IBF to proactively work and collaborate with MIB, TRAI and nodal authorities to tackle issues facing the Indian broadcasting sector with a view to unlock its real potential and create a framework that is focussed on growth. Our pursuit is to also follow through on our long-standing request for granting infrastructure status to broadcasting. Lastly, we continue to work closely with the Ministry to implement the Hon’ble Prime Minister’s core principle of ‘ease of doing business’ in the broadcasting sector by creating a conducive environment. Q] Has there been any change in IBF stand on NTO 2.0’s implementation?
While current issues are the subject matter of active judicial scrutiny, our attempt will always remain to engage with the regulator in a collaborative manner. IBF as well as several other constituents of the broadcasting ecosystem have challenged the NTO framework. The hearing before the Hon’ble Bombay High Court has concluded recently and judgment is awaited.

Q] The ad cap issue is back into the limelight with a final verdict on it expected soon. As IBF chief, what is your take on the entire ad cap issue? Do you think a 12-minute cap on advertising will be a healthy practice?
This issue is also sub judice currently. That said, there’s no denying the fact that advertising remains the mainstay of revenue for broadcasters who are already in distress from several extrinsic challenges including the current economic slowdown. Academically speaking, it seems difficult to be able to draw a universal guideline across different genres on what the limit should be e.g. the natural breaks in a sports broadcast will differ from news and so on. Fundamentally speaking, any consumer subjected to excess advertising is likely to make an informed choice – therefore a natural tension already exists which acts as a check and balance.

Q] There is a lot of debate on the regulation on the ‘kind of content’ being shown on television sets. Do you think there should be any kind of regulation on the content?
The IBF is a firm believer in the freedom of speech and expression exercised responsibly with due regard to constitutional limitations. Yet again, assuming that the quality of content has deteriorated over time, it must be borne in mind that the more content creators are forced to depend on advertising revenues, the more the business model is naturally incentivised to seek out the lowest common denominator. As a consequence, there is no incentive for creating educational, socially relevant content. That said, with the establishment of Broadcasting Content Complaints Council (BCCC) in 2011, the body has established itself as a credible institution vis-à-vis content shown on non-news and current affairs channels. This has been acknowledged by the executive, judiciary and the larger television viewing audience. As the real stakeholders are involved in resolving complaints it provides a balanced safeguard against impinging on creative freedom. The BCCC guidelines encourage creativity in line with the evolving social milieu and standards. We are hoping to further strengthen the self-regulatory mechanism and to make it more robust, by encouraging the Ministry to give statutory recognition to the self-regulatory guidelines of BCCC as part of the ‘Programme Code’ in the Cable TV rules, in a similar manner as has been done in the case of ASCI’s Advertising Code.

Q] With OTT taking over a significant pie of viewers in the last few years, do you think broadcasters need to re-strategise their programming and content plans?
Globally, countries have seen a shift from television to OTT, but those markets had already a very high television penetration, and the economics encouraged customers to shift. It was a case of television “OR” OTT. India, however has been proving to be an “AND” market – where television still has plenty of room to grow, and many households are subscribing to both. I believe that in the end, the quality of the content will matter, regardless of the platform it is on. Powerful and entertaining stories will continue to engage viewers. As television is still a mass medium, I would urge both the MIB and regulator (TRAI) to ease licensing and regulatory burden on the broadcasting sector so they can compete with digital platforms and thus give the most optimum choice to the end consumers. This will be a win-win situation for all the stakeholders.

Q] The ongoing BARC rating racket has taken the industry by a storm. There are speculations of several brands pulling off from channels involved in the controversy. What is your view on the controversy as IBF President?
There are a lot of developing elements in this story, so commenting on this might not be right at this time. However – BARC continues to evolve and enhance their rating system, which we continue to support.