'LIVERPOOL VERSUS UNITED GAMES ARE LIKE INDIA-PAK CRICKET MATCHES’

In our special series leading up to the Premier League’s season starting August 14, we talk to Rahul Bharadwaj at ŠKODA on his love for all things Manchester United With the new season of the Premier League starting on August 14, IMPACT speaks to passionate followers of the game, marketers and fans alike to understand how deep rooted is the PL craze in India

If Euro 2020 was a sporting spectacle, the upcoming Premier League is bound to take footballing action a step further. PL is not just one of the richest sporting leagues in the world but also one of the most competitive with a diverse fan following including here in India. For one such die-hard fan Rahul Bharadwaj Sr. Marketing Manager - Media, Retail Marketing, Events and Sponsorships, ŠKODA, it is the cosmopolitan nature of the league which makes it attractive. The Premier League is the top tier of England’s football pyramid, with 20 teams battling it out for the honour of being crowned English champions. “I think it’s always better when you see people of different countries playing together, with a similar strategy. It’s a confluence of different footballing styles, which attracts me to the League.” Talking about the origin of his obsession with PL, Bharadwaj says, “The reason I started watching Premier League in the first place is because it was literally one of the first movers in the space, I know people who have been watching PL since the 90s. Pre pandemic, there were pubs in India which showcased the matches live and you had official fan club meetings there. For example. Liverpool had an official fan club in Khar in Bombay which back in the day met at the Irish Pub. I don’t know if it still exists, but that was one of the go-to spots for the fans. And then you had the Manchester United Cafe and Bar, which was always noisy and buzzing when a PL match was on.”
Bharadwaj is a huge fan of
Manchester United and has been since 1999. He is even part of a fan club on social media. About the club, he says, “It’s called the Manchester United Fan Club. It has like-minded people who come together for a couple of hours to have fun and enjoy a few beers. See the Premier League runs from August to May, so every club plays at least 38 games, we used to target meeting for at least 20 of those Man United games.” There were screenings organized pre-pandemic and supporters came together in a pub which was at a convenient location for people to travel to from across the city. Like any true fan, they would collectively sing the official song of the Manchester United Club, ‘Glory Glory Man United’ before the games began and after. He chuckles, “There was a ritual, we had to down-a shot each time our team scored a goal, let’s just say it would be a fairly ‘distorted’ night if Man United ended up winning.” According to him, the biggest rivalry in Mumbai, where he belongs, from a fan club point of view is between Liverpool and Man United, which he compares to the India vs. Pakistan cricket matches. “People have come to blows at times watching the matches together in many pubs. Both clubs have great legacies and enough history and wins to sustain the rivalry.”
While he’s not allowed to get a tattoo, Bharadwaj has a whole bunch of jerseys- including the smaller ones which you can stick to the wall and a towel too! He adds, “I remember I also owned a Man United deodorant which I loved and did not use too much because I didn’t want it to get over. That’s something my now wife, then girlfriend had gifted to me from the Man United café itself. It was an official one! I had it for over two years, that’s the longest a deodorant has lasted as far as I am concerned.”
Bharadwaj has game related superstitions too, he says, “Once, it was a very close game. My wife had gone for a shower and we ended up scoring. We were leading and there were around ten minutes left. So, I did not allow her to come out of the bathroom for those ten minutes. The poor thing had to wait in there till the end of the match.”
About his favourite player, he says, “That’s a tough one. I’ve got a couple. But I think I’m going to have to say Mason Greenwood as of now because he’s young and still playing like he’s 35. He has a good head on his shoulders. If you don’t look at his baby face, you won’t really know that he’s a teenager. So yeah, I mean, he’s probably the best right now.” The one goal that stands out for him in the game’s history is the Wayne Rooney bicycle kick. “This was against Man City, if I remember correctly. This was towards the end of his career. That was a really good goal, and that stuck.” As of now everything’s on Facebook for Bharadwaj. “During the match, understandably, there’s not much chatter, as everyone is engrossed in the game. Before the match is when there is a little bit of a pre-match buzz. At this time everyone discusses the players to look out for, who’s in the best form, what are the possible starting 11 that you can expect in the game and what are the strategies to use,” he explains while stating that he does miss going to a pub and his eardrums exploding with all the noise around him when Man United is winning.
Talking about it from a marketing point of view, Bharadwaj says, “The Premier League is genuinely a great platform for brands to advertise on. And it is a great platform for marketers to kind of capture the young audience, young, or at least the sub 35 age group of audience. And it would make sense for diverse categories – earlier it was auto, then edtech came in and now maybe the Crypto currency category can jump in. I am sure there are brands from India who are advertising not just on TV but also on the ground.” Giving a suggestion he says, “If you have seen the perimeter boards on TV, it can be enhanced online and used to show a brand’s logo on the ground. So if I see an ad in India on the board on the side, it’s not necessary that the same ad is being seen by a guy who’s watching the match, say in England. That has the potential to become a big hit amidst brands wanting to advertise to the passionate fans who are glued to the game on TV, in addition to the usual TV spots.” 'We Are Number 1 Because People Are Watching Us' 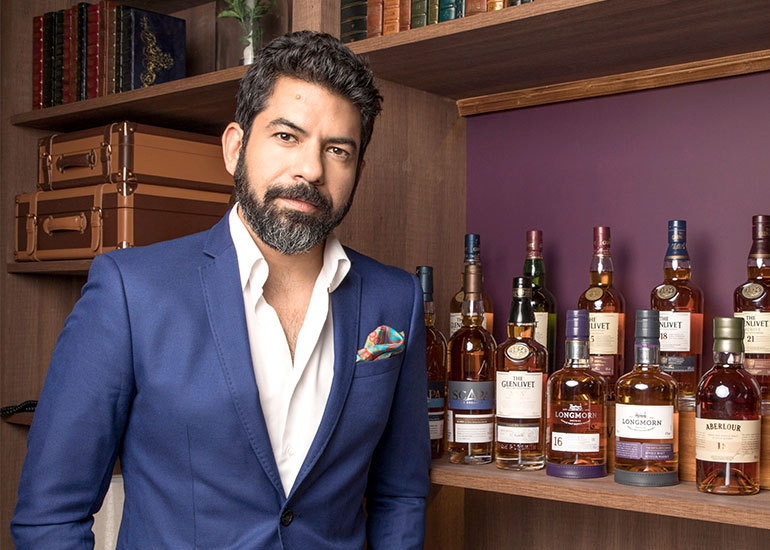